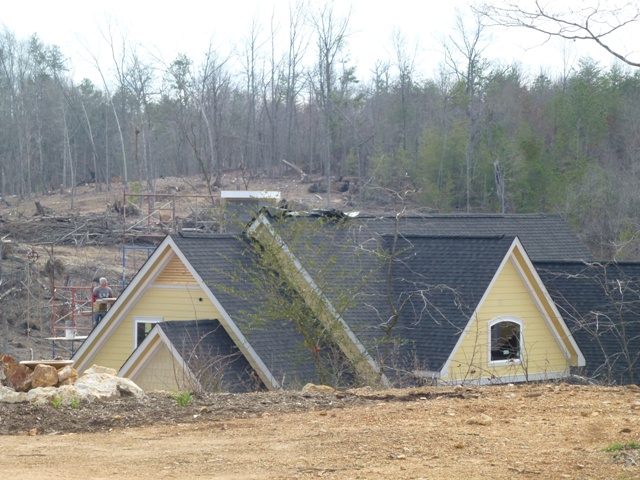 So I was told that before they got up on the roof, to have them measure their shroud to make sure that it would fit. Can you imagine my surprise when it didn't fit? Nope? Well, they took it back to fix it. Surprise, Surprise, right? They did finish hooking up the fireplace to the outside before they left though. 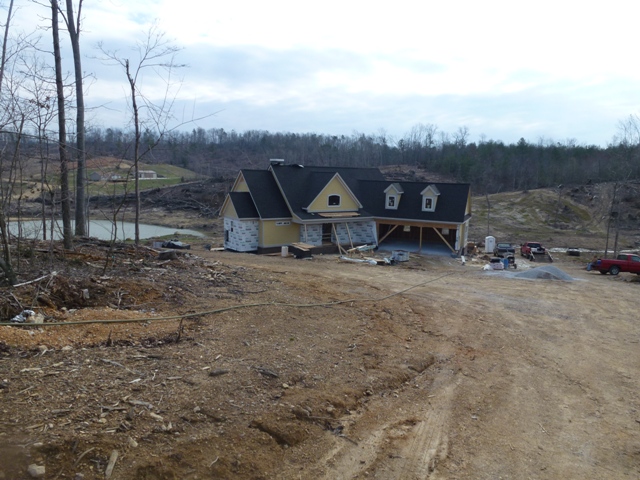 Up on the roof they were getting ready to install the stone so I had to run to Sherwin Williams to pick out a paint color. SAY WHAT??? I had to make a quick decision so the trim could get painted. I think that's the fastest I've ever made a paint choice! I went with SW 7675 Sealskin - which is kind of a brown charcoal grey. I also bought a sample of SW 6356 Serious Gray to see if I liked it as a house color next to the darker trim paint. 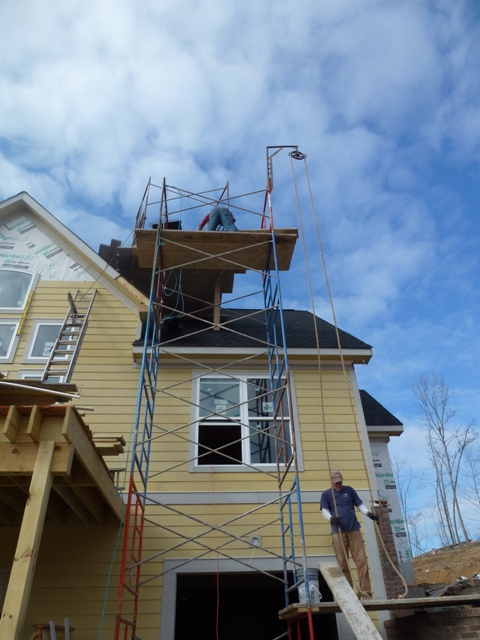 We made it back within an hour and Daryl got to work painting the trim so the painter wouldn't have to climb up on the roof to do it later. Isn't he great! :) 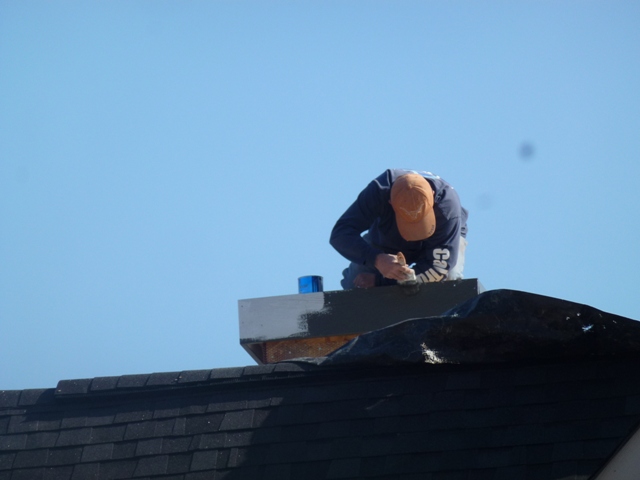 Jesse, the Brick Mason's son brought his 8-wheeler over for the kids to ride on. He got hit by a truck about 12 years ago and flew about 78 feet from his bike. Doctors said he wouldn't make it, and that if he did, he would be a vegetable. God is amazing and every time the doctors gave up on Jesse, God would help him pull through or accomplish things that were supposed to be impossible for him to do. He is a walking, talking miracle! 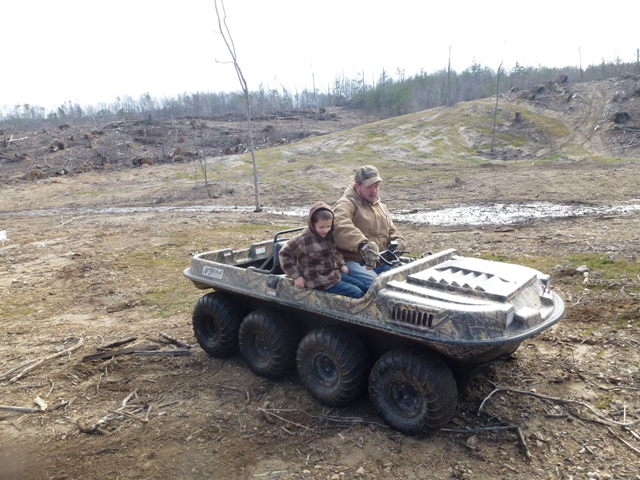 Tommy had a blast riding on the 8-wheeler. 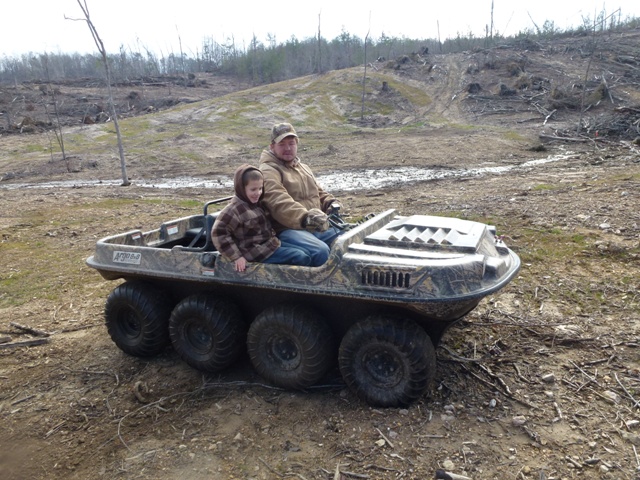 Jessie even let Tommy drive for a little bit. Then Tommy begged me to come with them so the girls could have a ride. WOW! That thing is crazy! I was holding the girls in my lap on the seat and the next thing I knew, I was sitting on the floor with the girls on my lap! The kids had SO much fun and begged to do it again, but we had to go. :( 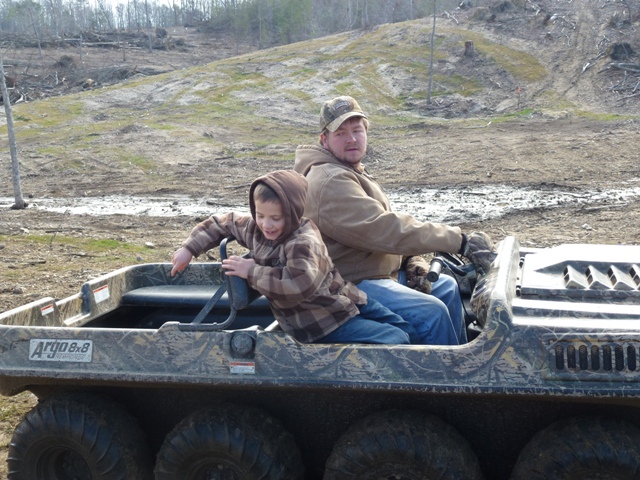 Inside the house we got to see how they made the trim for the top curved window outside. 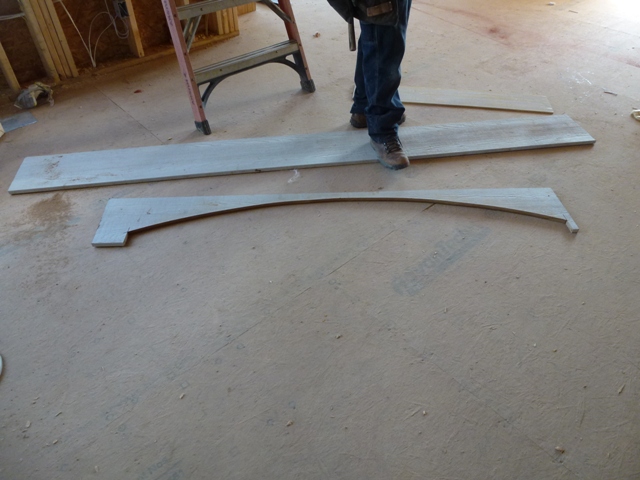 Daryl was just about finished with the paint as we were leaving for the day. 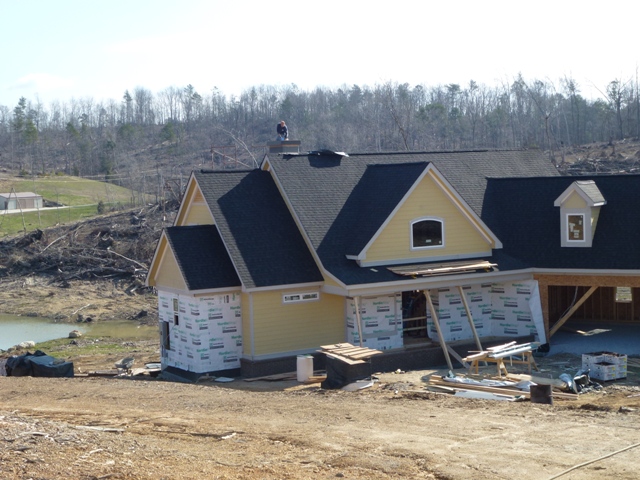 We should have a stone chimney when we get home later today! I can't wait to see it. :) 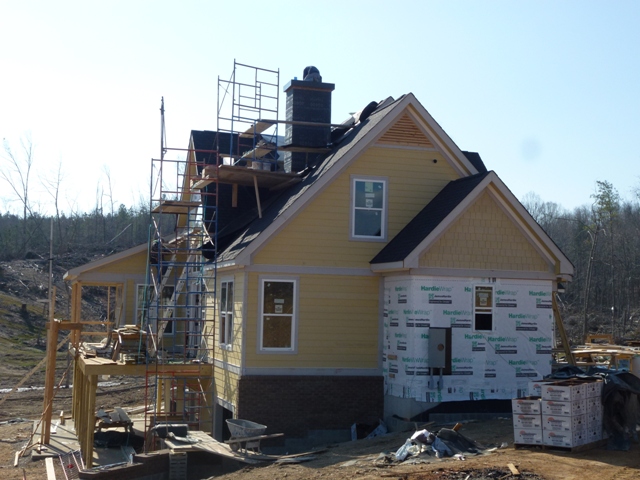 The girls had fun relaxing while I took those last couple of pictures of the house before we had to leave. 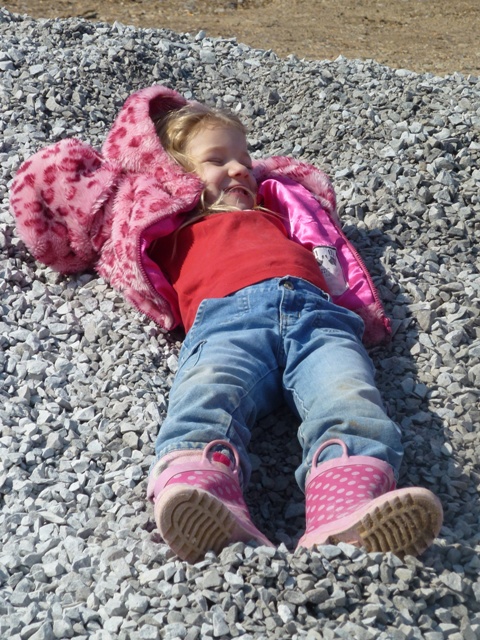 They were both pretending to sleep on the rocks. Silly girls! 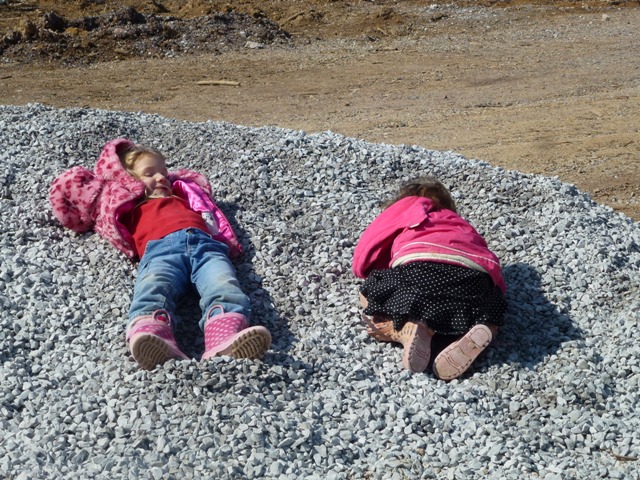