Chalky Blueprints and a Happy Birthday

Clint and Kyle finished digging out the basement Monday, but I was too busy to be able to stop by and see any of the work until Tuesday. They put down the chalk lines for where the wall will be poured. I made sure to run out early in the morning to get some great pictures with the sunrise. We're going to have an awesome view someday! 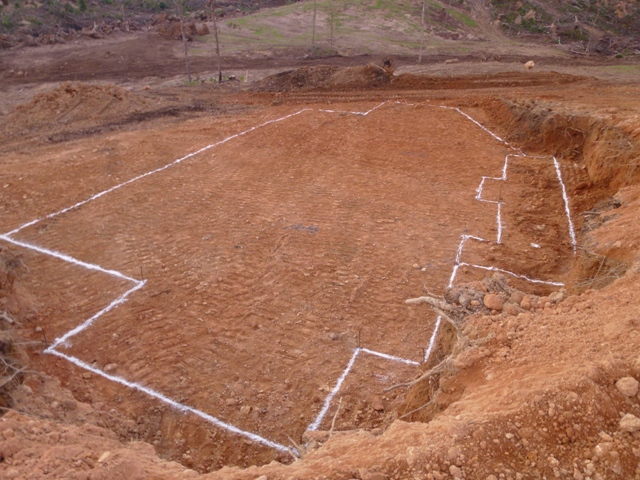 It was fun walking around in the early morning. I could hear the nearby cows mooing excitedly for their breakfast. They sounded really close, even though they aren't close at all. One of the perks of living on the hill with no trees - you can even hear whispers! Be careful what you say around here! :) 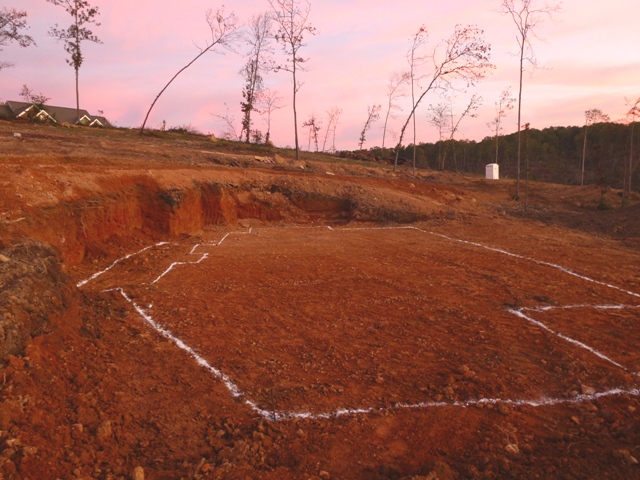 We talked with Builder Mike about more details of the house - like when the footers would be dug (Thursday if no rain - but there is rain in the forecast). We also got to talking about the front porch being poured concrete, and Clint suggested we might want to extend our basement underneath the concrete porch to create a storm shelter of sorts. In looking further into that idea, we realized it wouldn't really be much more concrete and would give us a shelter on the chance we ever get hit by another horrible tornado again. So we agreed to that change in plans. 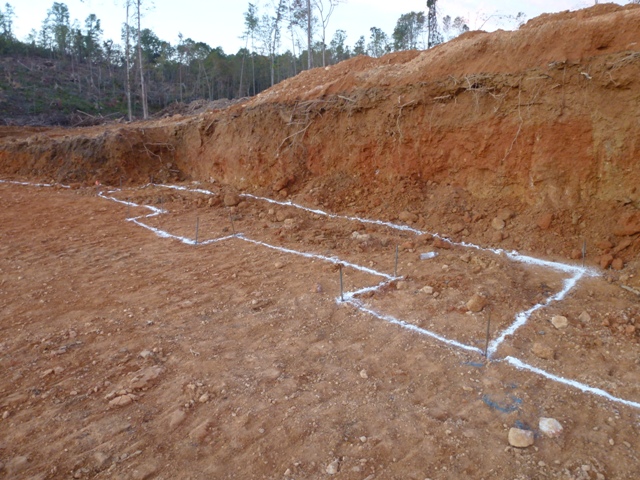 Tuesday also happened to be Tommy's 7th birthday. Can't believe how fast he is growing up! 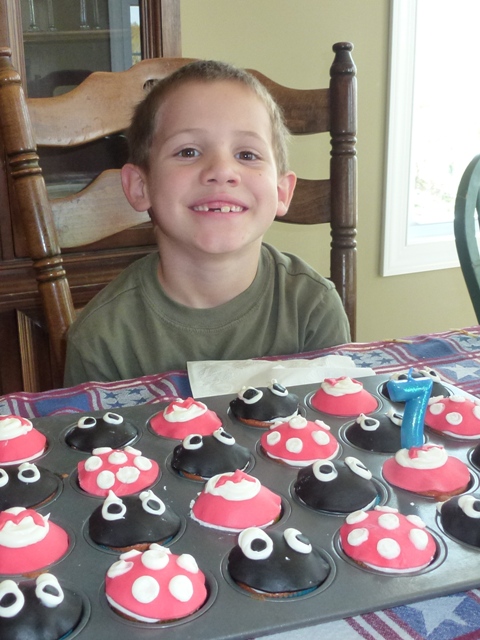 We had a play date with his friends Evan and Natalie to celebrate.
The girls had fun playing dress-up while the boys played legos. 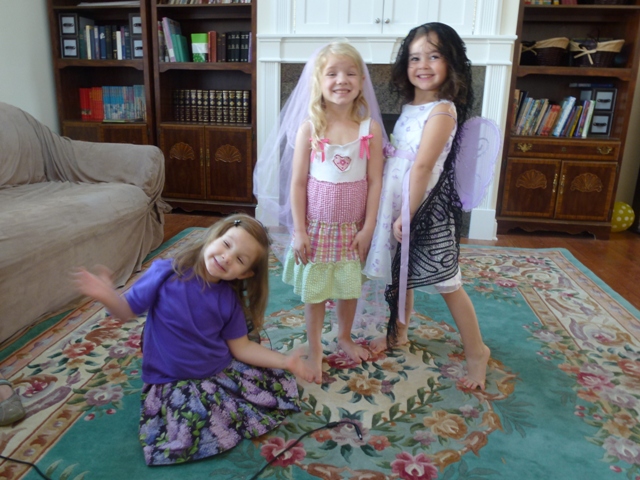 Tommy is really into Mario, so we had Mario-themed mini cupcakes
and then opened the present from his friends. 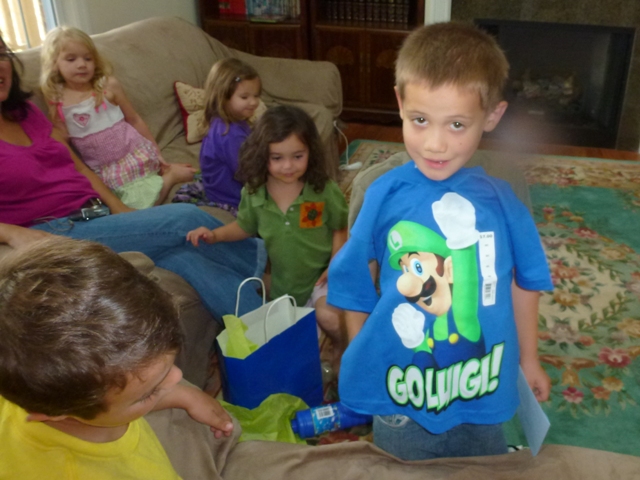 We had Tommy's official celebration when Daddy got home Tuesday evening. 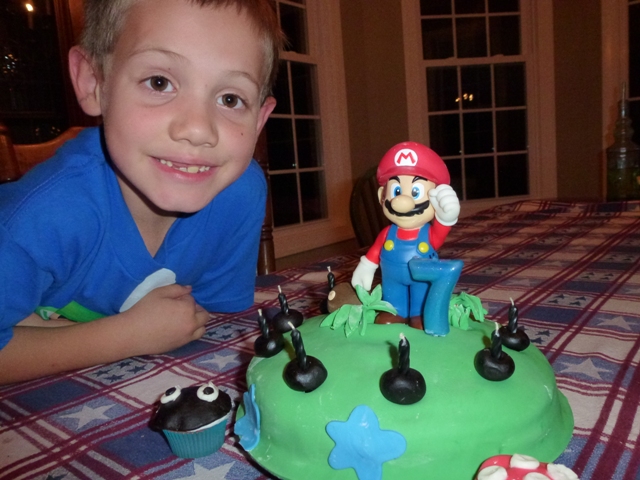 Tommy couldn't wait to play with the Mario figure on top of the cake. 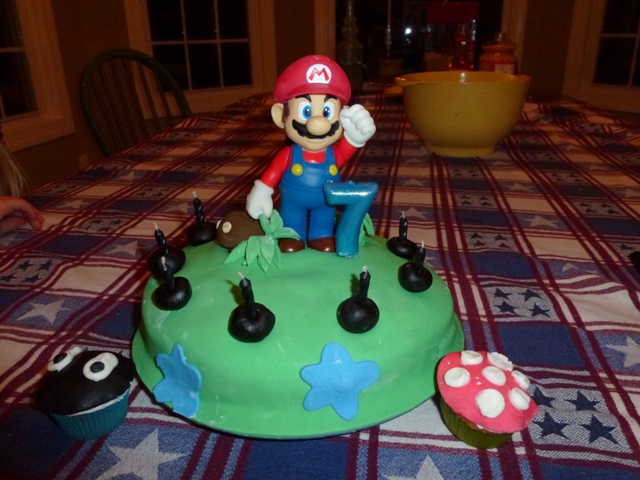 Nikki started getting a fever, so we quickly moved onto presents so she could enjoy them too.
Nikki got Tommy racing Mario and Luigi cars. 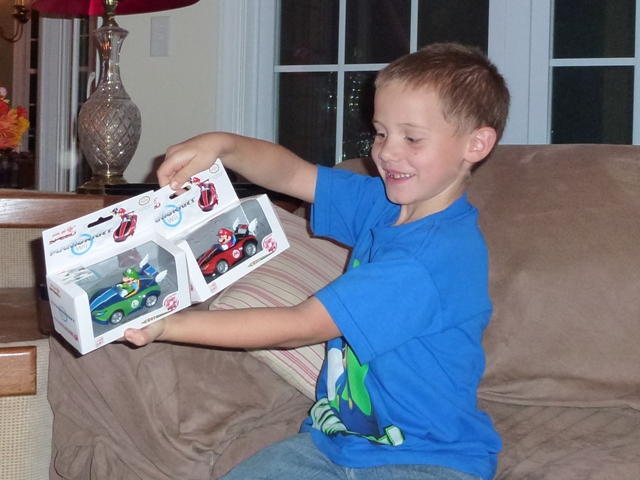 He had a Luigi car earlier this summer, but it broke, so he was SUPER excited to get another one PLUS a Mario car as well.

Becky couldn't wait for Tommy to open the present she had gotten for him. 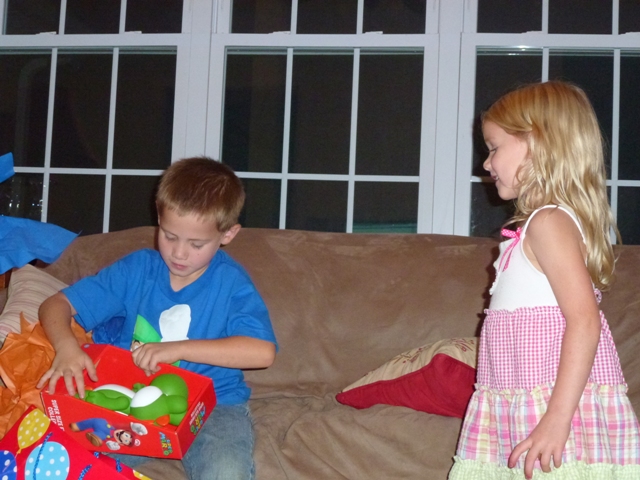 Yoshi! She kept asking me all day long when it would be time for Tommy to open her present to him. I think she may have been wanting to play with it too? :)

Tommy also got a game for his DS and some Legos from his Grammie and Grandpa. 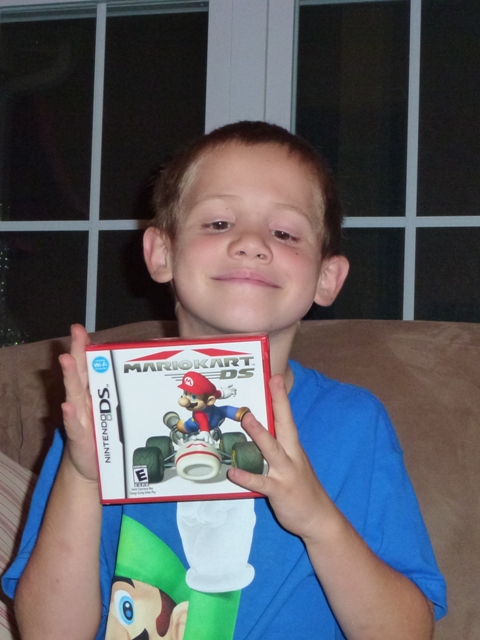 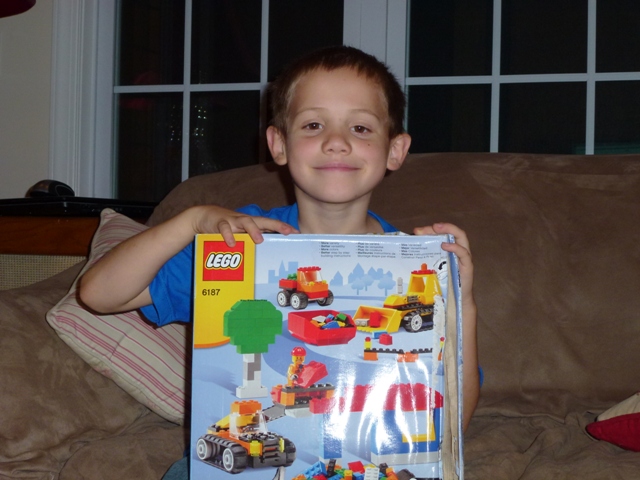 Tommy ended his birthday day of fun watching Planet 51 with Daddy and Becky.
Nikki and I rushed out the door after presents so I could take her to PM pediatrics and make certain her fever wasn't related to her burned toes on Saturday Night. Thankfully it's just a cold - but its good to make certain!

Hope the rain stays away so we can get some footers in this week! :)

Email ThisBlogThis!Share to TwitterShare to FacebookShare to Pinterest
Labels: Building a House